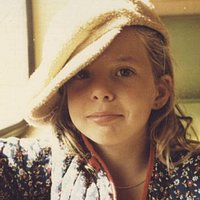 "We hope this podcast will get things moving! We think it is worth a radar scan above the surface to see if Samantha is there. We are not prepared to ‘stand in silence’ any longer. This podcast titled Find Samantha is a call to action! Backed up by the support of you the people!"

BREAKING NEWS:  If you had an auntie who lived in Francis Street Bondi and as a child you would visit her, please contact us by email. We want to assure you that your identity will not be known. We want to explain to you that you only need to point to yourself in the photos the police seized at Castlecrag, the police will then be able to extract a confession from the depraved paedophile. With your information the police will be able to lay further charges and keep him in prison!

Nine year old Samantha Knight mysteriously vanished in broad daylight in 1986 from the streets of Bondi, Sydney Australia. The entire city began searching for her. It would take 16 long years for the police to catch her killer, a serial paedophile named Michael Guider. Police discovered the paedophile had kidnapped, drugged and molested Samantha, then killed her and buried her body in the garden where he worked. Then 18 months later he dug up and moved Samantha’s body.

Cruelly, he has refused to reveal where he moved her to.  We have good reason to suspect he is also a serial child killer and that he had found the perfect place to bury his victims where he thought we would never find them. Via this podcast, the paedophile child killer Michael Guider is about to suffer the shocking truth that we believe we have found that place. We believe we have found Samantha!

The entire city began searching for nine year old Samantha Knight when she vanished during broad daylight from the streets of Bondi, Sydney Australia, in 1986. In this episode we give you a brief history of the crime along with reference maps and photos on this website. A serial paedophile named Michael Guider kidnapped, drugged and molested Samantha, then killed her and buried Samantha’s body. He has refused to reveal where he buried her.  Via this podcast, the paedophile is about to discover the shocking news that we believe we have found Samantha! That we have discovered where he has hidden her body!

We do not want to include any images of the paedophile Michael Guider on this website. We find it extremely distasteful to show images of a victim alongside images of their paedophile attacker. (You can Google him to see what he looks like). This website is not about him; it is about finding 9 year old Samantha Knight and knowing what happened to her.

CREDITS: This podcast was recorded at the RadioHub Studios in Sydney.

This podcast is created and produced by Tim Guider.